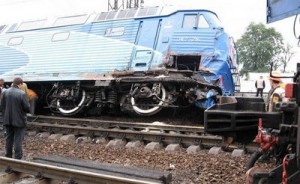 According to Amtrak, last year over 27 million people in the U.S. rode one of their trains with the number expected to increase in 2012. Their success can be attributed to our countries enriched history of Train rides. Naturally, Alabama is one of the states most deeply rooted in our nations ties to the railroad system. With over 30 different lines operating in Alabama, it is one of the states most long lasting and trusted means of transportation.

As trusted and reliable a train ride may be, unfortunately train accidents are also very much a prevalent possibility when hopping aboard. According to the Federal Railroad Administration Office of Safety Analysis, in 2011 nearly 2,000 train accidents occurred in the U.S. In just the past week, 4 train accidents have been reported in Jefferson County, Chilton County, and Bessemer leaving 5 dead and dozens injured.

In many cases, negligence on part of the railroad system or city have been considered the cause of these tragic accidents. Whether it be a lack of traffic barriers or misguiding street signs, no one should have to endure the pain and hardship cause by a train accident alone. You can find an experienced railroad accident lawyer in Birmingham, Montgomery, and most other metro areas in Alabama.  Having the right legal team on your side can make the difference between carrying the burden of an accident on your back or getting the justice and compensation you deserve.